This Is Your Day Archive

It is no accident that Fiji was the site for the first international crusade of 2006, and I am so excited to send this brief report and these exciting photos. I also want to thank you from the bottom of my heart for your kindness, your love for the Lord, and for the support of this ministry, not only for the historic Fiji crusade, but also for upcoming international crusades.

“You have conquered Fiji!” Fiji’s Prime Minister Laisenia Qarase exclaimed from the platform during the final service, referring to the fact that in a nation of 800,000, nearly half that amount had attended the three-day event. He clearly meant that his nation had been touched powerfully by God’s outpouring.

The crusade in Fiji is possibly the greatest I have ever been a part of in that region of the world. Fiji is an island nation with 30 percent Hindu and 10 percent Muslim, yet the president, vice president, and prime minister are all Christians, and the whole nation stood behind this crusade completely. I was able to meet and pray with both the acting president and the prime minister. Everyone in the country knew about the services, and the news media carried what I said to the entire country. The Gospel was truly preached to the whole nation! 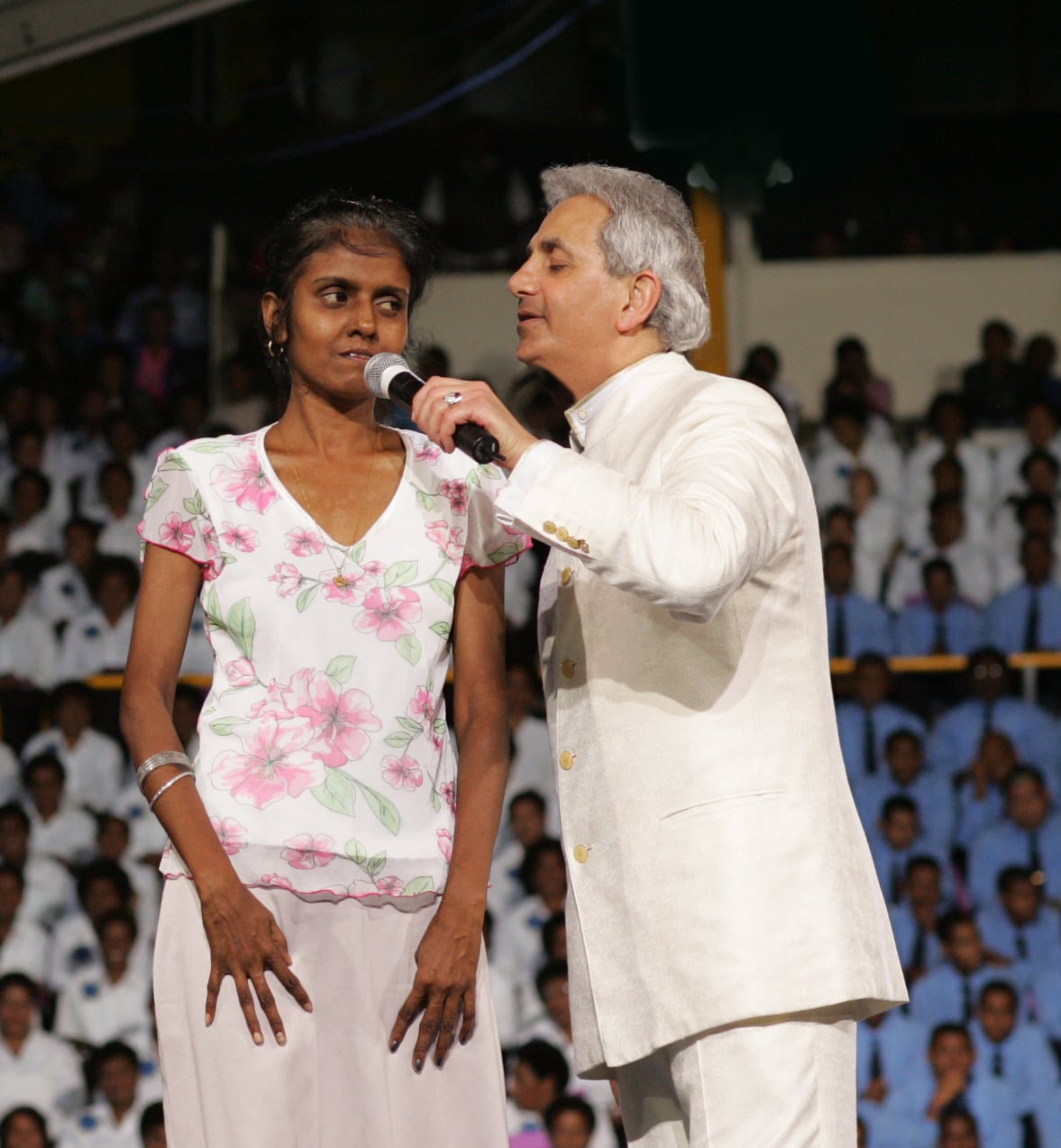 Over 100,000 people prayed to receive Jesus Christ as Savior. Multitudes were dramatically healed. Blinded eyes were opened. The crippled walked. God’s anointing touched Fiji in a powerful, historic way. The photos I am sending with this e-mail tell the story of what happened there. Now the Fiji Islands Holy Spirit Miracle Crusade is history, yet in many ways, the harvest of souls, souls, SOULS there is just beginning!

As I have been telling you, the Lord has been doing something very special in my heart lately. The cry of heaven for souls has captured my heart as I have not known in over thirty years of ministry!

When I began in the ministry, the Lord truly gave me a burden for the lost, but in the last three years, that burden has intensified greatly. It happened again in Fiji!

The third night of this great crusade, a woman who had been healed of cancer came up on the platform. She was not wearing shoes, so I knew she was very poor. But she was saintly and precious. After praying for her, I noticed she was talking to the Lord with her eyes open, looking toward heaven. I stood there mesmerized, looking at this precious woman—barefoot and gazing up with a glow on her face—speaking in her own tongue. She did not speak a word of English. I did not understand what she was saying, but as I stood there, I began to feel a great, great presence of God and began to weep as I watched her.

I looked and saw the precious host pastor, Suliasi Kurulo, who was also in tears. I asked him to come forward to interpret what she was saying to the Lord. He said, “She is praising the Lord and thanking Him for her healing, thanking Him for the blood and the cross, thanking Him for His grace and mercy. This woman kept praising the Lord for at least twenty minutes. I stood there watching, awed at what I was seeing. Fiji’s prime minister, also present on the platform, was deeply moved by what had taken place with that woman.

As the woman continued to speak to the Lord, I gave the altar call. I said, “If you want God to visit your life like this, if you want to know Him like this, then come to Jesus.” Immediately, 50,000 people responded to that altar call!

The woman was still standing there on the platform, and the power of God fell on her. She fell under that power as the pastor and I caught her, then she lay there in a glow of glory. It was at that moment again that God began to show me even more an urgency for souls, dealing with me in a greater way than ever before. That cry for souls deepened when I was in India for the huge services in 2004, and He is continuing to reveal to me a greater need for souls at this very moment!

Precious saint, I don’t know what is happening inside of me. All I can tell you is that it is divine and sacred. God is deepening my commitment for lost souls. Such a commitment, such a burden, cannot be natural. We human beings are not capable of giving ourselves a burden. A burden like this is only given by the Lord God Almighty. Truly, He is the one doing the work, and it is wonderful in my eyes.

And I believe you are experiencing a greater burden for the lost too. It is because of you and other wonderful partners that I was able to go to Fiji, preach to 370,000 people, and see a total of over 100,000 lost souls come to the foot of Calvary’s cross during those three amazing services. It was because of you that we were able to see powerful miracles—the deaf heard, the blind saw, and the lame leaped! To God be all the glory and honor!

What a blessing you are to the nations through your prayers and support. Don’t stop giving so others may live. God’s outpouring is increasing mightily, and you are a vital part of what He is doing through our ministry during this critical hour. Keep praying! Keep giving! During the coming weeks I will next be on my way to Seoul, South Korea. Shortly after that I will go to Jakarta, Indonesia, the largest Muslim country in the world, to preach the Gospel and have the largest healing services in the history of that nation!

We are at the close of this age. Our time is short. What we do, we must do quickly!

The Lord’s cry for the world is getting louder and louder. His heart is yearning for the lost to be saved now! Thank you for your part in this worldwide ministry. What a blessing you are to souls around the globe.

We use cookies on our website to give you the most relevant experience by remembering your preferences and repeat visits. By clicking “Accept”, you consent to the use of ALL the cookies. However you may visit Cookie Settings to provide a controlled consent.
Cookie settingsACCEPT
Manage consent

This website uses cookies to improve your experience while you navigate through the website. Out of these cookies, the cookies that are categorized as necessary are stored on your browser as they are essential for the working of basic functionalities of the website. We also use third-party cookies that help us analyze and understand how you use this website. These cookies will be stored in your browser only with your consent. You also have the option to opt-out of these cookies. But opting out of some of these cookies may have an effect on your browsing experience.
Necessary Always Enabled
Necessary cookies are absolutely essential for the website to function properly. These cookies ensure basic functionalities and security features of the website, anonymously.
Functional
Functional cookies help to perform certain functionalities like sharing the content of the website on social media platforms, collect feedbacks, and other third-party features.
Performance
Performance cookies are used to understand and analyze the key performance indexes of the website which helps in delivering a better user experience for the visitors.
Analytics
Analytical cookies are used to understand how visitors interact with the website. These cookies help provide information on metrics the number of visitors, bounce rate, traffic source, etc.
Advertisement
Advertisement cookies are used to provide visitors with relevant ads and marketing campaigns. These cookies track visitors across websites and collect information to provide customized ads.
Others
Other uncategorized cookies are those that are being analyzed and have not been classified into a category as yet.
Save & Accept

If you are in the USA, click here to donate using our mobile giving form.

Outside of the USA, donate now in your local currency through our official PayPal page.